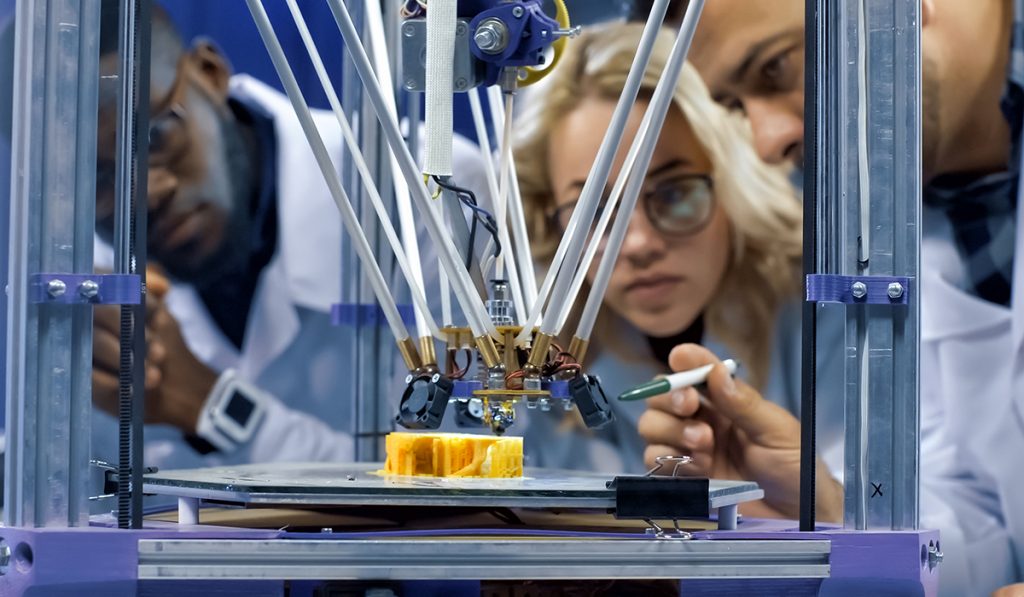 How do you compress time? That’s the question that’s been bothering Brian Meincke, ASTM’s Vice President for Global Business Development & Innovation Strategy. It’s led to a new initiative that is fundamentally changing the approach to standards development in fast-moving emerging technologies.

The charge that standards development takes too long will be familiar to anyone who has been involved in the process. But for emerging technologies, the lag can present a particular challenge. In rapidly-innovating sectors, a new product or technology may have replaced the earlier version by the time a standard is published.

This problem was the starting point for a radical overhaul of assumptions and approaches, now culminating in the launch of ASTM Xcellerate.

Embedding standards from the start
For Meincke, Xcellerate is the first stage in a paradigm shift in how standards are created and developed across every industry.

“The standards value chain starts way before a standard is published. Before, we thought of standards as coming at the end of the technology development process. Through Xcellerate, we’re seeing research and development (R&D) and standards communities becoming more aligned, and standards starting to be developed in parallel with R&D.”

It’s seen the time to develop a new standard reduced from an average of 18 to 24 months down to as little as nine months. In fast-moving emerging technologies like Additive Manufacturing (AM), exo technologies and emerging airspace, which have been the first to use the Xcellerate toolkit, that’s a real game-changer.

The shift in mindset promises benefits not only to innovators and industry, but to the standards community as well, according to Cesar Constantino, ASTM International Board Chair. “It’s not just about ASTM, it’s about moving an industry, a standards developing world, as well – because if we’re successful, then everybody’s successful.”

The speed and agility emerging technologies need
As a single point of focus for ASTM’s work in emerging technologies, Xcellerate aims to provide a touchpoint for others to access and use the work that has already been done. Constantino explains: “It’s not taking anything away from our technical committees, rather it’s an opportunity for them to look at what’s under the Xcellerate umbrella that could benefit their existing work programs.”

From strategic R&D to market insight and advisory services, the Xcellerate concept is backed by practical resources which have proven to offer both the speed and agility needed to help innovative technologies achieve their potential.

“What’s happening now,” says Constantino, “is when people see other industry sectors finding ways to advance faster, they’re asking ‘what do they have that we don’t have?’. Xcellerate is pushing forward these opportunities so that all industries can start to benefit.”

Building on ASTM’s world-leading standards development process, the quality of the standards deliverables is fundamental to Xcellerate.

“ASTM’s consensus process is recognized and trusted by regulators around the world,” says Meincke. “That means an ASTM deliverable can help leverage emerging technology, to global adoption and scaling-up. New innovations can quickly demonstrate their safety, reliability, quality and relevance with less wasted effort and delays in the route to market.”

“In the cement and concrete industry, there’s a lot of new lower-carbon products coming out. But to specify something for a construction site, an engineer needs a standard, so that it can be procured, tested and verified. Embedding standards development during the R&D stages, means those products and technologies can be adopted and used much faster.”

Three strands work together to create step change for emerging technology standards, says Meincke. “Firstly, we’re asking ‘how can R&D lead to a brand-new standard that an industry can use and embrace?’. The second strand is using R&D around emerging technologies to update existing standards. Lastly, there’s lagging work items. We talk about the valley of death in technology innovation, but these work items are the valley of death for standardization. Now we’re taking some of these and bringing them to the finish line.”

Standards are only valuable when they’re used, Meincke adds, so Xcellerate aims to put them to work to support thriving emerging technology industries and communities for the long term. Leveraging expertise from industry, academia, and government, a growing range of courses and events are helping to support workforce development, education and training.

A continually expanding scope
New technologies are reshaping today’s world at an unprecedented pace. But while the technologies may have changed, ASTM’s drive to seek opportunities in emerging markets has remained constant. This impulse to ensure the benefits of innovation can be widely scaled and adopted is also fueling the ambition to grow Xcellerate’s scope.

While the current focus is on AM, exo technology, emerging airspace, and robotics and automation, Meincke and Constantino are clear that the work crosses technologies. Technology convergence means interconnectivity and interdependencies between technologies, from robotics in AM to the interplay between smart textiles and exoskeletons. More than ever, they say, progress in one industry sector is contagious.

Putting standards at the heart of the world’s emerging technologies, Xcellerate promises to open an exciting new chapter in ASTM’s story, of helping the world work better.