News & Insights > The Sky Is the Limit: The Future of Unmanned Aircraft Systems

The Sky Is the Limit: The Future of Unmanned Aircraft Systems 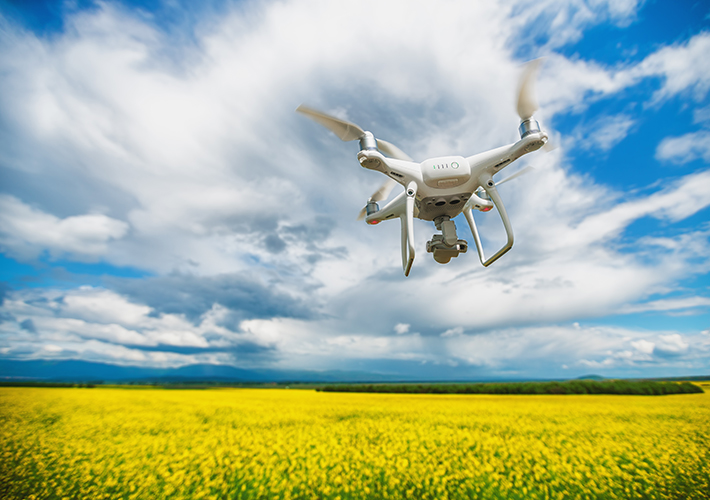 The Sky is the Limit: The Future of Unmanned Aircraft Systems

In the July-August 2022 issue of Standardization News, Rear Admiral Philip M. Kenul (ret.) spoke about his career as a pilot and his vision for the future of autonomous flight. Kenul recalled his personal journey, which led him to work for the National Oceanic and Atmospheric Administration (NOAA), flying WP-3D Hurricane Hunter aircraft into hurricanes. Now serving as chair of the unmanned aircraft systems committee (F38), Kenul also revealed his extensive thoughts about the new era of unmanned aircraft systems (UAS). From drones and package deliveries to air taxis and beyond, Kenul detailed the challenges – and the limitless possibilities – facing the world as autonomous flight becomes an increasingly central part of our lives.

How did you first get involved in the field of aviation and aerospace, and how important has your military service been to your career?
I was always interested in aviation for as long as I can remember. As an NOAA Corps Commissioned officer, I had the opportunity to attend flight school and fly remote-sensing and photogrammetric survey aircraft. After a few years of flying in NOAA, I cross-decked to the U.S. Navy, where I flew P-3 research aircraft before returning to NOAA’s Aircraft Operations Center where I flew WP-3D Hurricane Hunter Aircraft. Flying in the Navy and NOAA gave me flight opportunities that few people will ever experience. There is not much to compare to flying in a hurricane. It was during this time that I started looking at alternative or emerging technologies to mitigate the risks associated with manned hurricane flight.

Autonomous flight has captured the imagination of many people, particularly as it applies to small aircraft or “air taxis.” In your opinion, what lies ahead for autonomous flight?
The sky is the limit – and no pun intended. I am sure we will eventually solve all the technical and operational challenges along with the social acceptance issues. We will be able to accomplish everything that is done now with manned aircraft and more. It will be safer, more efficient, and economical than our current
aviation use cases, but this will not be accomplished overnight.

What do you see as major priorities for the committee on unmanned aircraft systems, which you chair?
We need to get to a point where solutions are developed to enable beyond visual line of sight (BVLOS) through viable detect and avoid (DAA) technologies for both ground-based and airborne or on-board systems. Eventually, we will need a mature UAS traffic management (UTM) system to allow integrated – not segregated – traffic management for UAS, air taxis, and legacy aviation. These are all areas where ASTM is working to develop industry consensus standards.

Where do you see growth opportunities for UAS?
In addition to recreational use, unmanned aircraft systems have the potential for growth in the areas of firefighting and search-and-rescue operations, traffic incident management, monitoring and assessment of critical infrastructure, medical deliveries, linear inspections, and data gathering (aerial photography, mapping, construction monitoring). One key area ASTM is supporting is the development of standards to support package delivery, which we see as a major growth opportunity. This is a major challenge which, when successfully achieved, will really be a sign that the full potential of UAS has been shown to be economically, efficiently, and safely accomplished. This will enable emerging UTM technology to be implemented at scale and will require a functional UTM system enabling BVLOS operations and some degree of DAA capability, all of which can be used to support other use cases for UAS.

There are several areas of UAS that are part of the conversation, including Remote ID technologies, BVLOS solutions, and UTM systems. How important are these changes for the future of UAS development?
As UAS are integrated into airspace and operations grow in complexity, it is critical for regulatory and enforcement authorities to be able to identify UAS and the location of the control stations for UAS that may be flying in an unsafe manner or in prohibited areas. Remote ID technologies allow governmental and civil identification of UAS for safety, security, and compliance purposes.

BVLOS regulations will in turn allow advanced drone operations that benefit society, like package delivery and automated infrastructure inspection. Today, regulators and the drone industry are pursuing a process for UAS-type certification that is based on a durability and reliability approach, which could refer to the ASTM standard.

The simplest thing UTM does is check drone flight plans in advance to be sure their planned flight path doesn’t conflict with another aircraft. UTM is complementary to technologies like DAA, which reacts to possibly unsafe situations during flight. Right now, the UTM task group in ASTM is working on the next set of issues beyond the most basic functions defined in the first version of the standard.

How important are organizations like ASTM to the development of aviation standards and the future growth of the industry?
It’s important to keep in mind that the community developing ASTM standards for UAS and advanced air mobility (AAM) is international. The committee on unmanned aircraft systems (F38) has participation from 19 countries and 5 continents. The people developing the standards include industry, aviation regulators, academia, and other research institutions. The specification for remote ID and tracking (F3411) is an excellent example. The task group developing the standard received input from Australia, Canada, Europe, Japan, the U.S., and others. Input from regulators helped the task group to understand what each country’s remote ID rules would require and to be sure that the standard would be useful in as many countries as possible.

One benefit of widely adopted international standards is a larger global market. Manufacturers whose drones or Remote ID communications modules comply with F3411 will be able to sell those products internationally. Another benefit is efficiency in development resources. Good standards-making provides a venue for industry to agree on the common technologies necessary for safety, interoperability, and scaling the industry. One more benefit to companies leveraging international standards is the opportunity to learn and share their technology and operations knowledge at a global level.