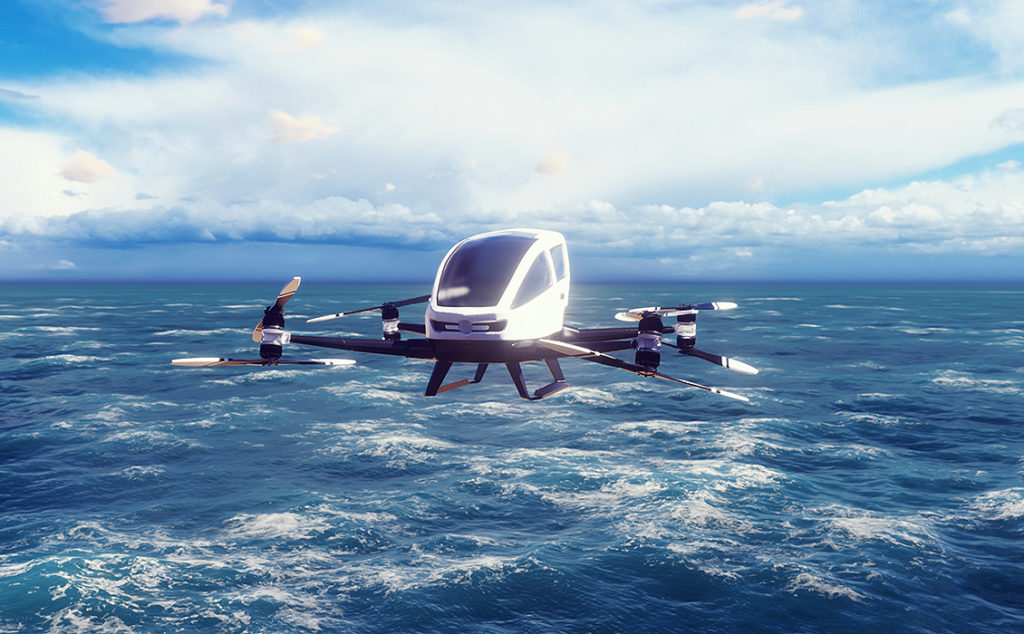 At the start of the nineteenth century, the steam locomotive revolutionized transport, allowing ordinary people to travel long distances at speed and in comfort. Two hundred years later, emerging aviation technologies are heralding a new dawn in air travel, which could transform twenty-first century travel to a comparable degree.

New transport technologies could see short-distance air travel become as affordable and accessible as an Uber. In addition to a new era of democratized air travel, urban air mobility (UAM), electric vertical take-off and landing (eVTOL) aircraft and autonomous systems offer many environmental and safety benefits. But the rapid pace of developments creates a major challenge for regulators.

Anna Dietrich is a leading expert in aviation policy and has been closely involved in ASTM’s aviation committees (F37, F44, F38 and F39) and the cross-functional steering groups Autonomy in Aviation (AC377) and Means of Compliance for EVTOL Aircraft (AC433) . Dietrich’s experience as a founder of MIT spinout company Terrafugia, building a ‘flying car’, gave her a unique insight into the regulatory hurdles facing new technologies.

“We were trying to do something that hadn’t been contemplated when the regulations and standards were created. There was no straightforward way to bring new technologies being developed into the certification landscape, because the existing rules were very prescriptive. You had very detailed requirements that were producing safe aircraft, but they were also very limiting.”

Getting involved in making changes, however, proved to be relatively easy, thanks to the open nature of ASTM’s consensus standards process. Dietrich joined ASTM’s F37 committee on Light-Sport Aircraft, and led the effort to write the annex to deal with ‘roadable’ airplanes. She went on to join the Federal Aviation Authority’s (FAA) Aviation Rulemaking Committee (ARC), which led to the publication of 14 CFR Part 23 Amendment 64, updating the requirements for Normal Category (e.g., General Aviation) Airplanes. This new rule language came into force in 2017.

“We rewrote the rules to be much higher-level, and more performance-based. That meant the rule focused on what it meant to have a safe aircraft while the technical detail of how you demonstrate compliance to that rule could be moved into the standards and updated far more quickly.”

While the rulemaking process typically takes between 5-10 years, a standard, depending on the nature of the change and the industry effort behind it, can be revised in as little as six months, making it much easier to keep pace with new technology.

The first crop of new vehicles to take advantage of this approach are coming to market now, heralding an exciting era of innovation. Peter Lyons, who was also a participant in the FAA Part 23 ARC, leads, among other efforts, the electric propulsion working group within ASTM F39 (WK67455) and is Head of Certification for Overair, a start-up developing an all-electric advanced air mobility aircraft:

“When describing an innovative aircraft design like Overair’s Butterfly, it’s easier to talk about the number of things that are conventional in the design compared to the number of things that are innovative because there are so many innovations in the design. Innovators tend to find novel ways to address technical challenges, which often do not have relevant standards that can be used to support their airworthiness approval.”

Solving these problems has led Lyons and other leading industry players to collaborate on a huge program of developing new ASTM standards for everything from electric propulsion to fly-by-wire flight control systems to energy storage. Beyond aircraft design, new standards are also needed to manage unmanned and traditional aircraft sharing airspace, and a host of technologies for ground infrastructure.

There’s no shortage of work, says Lyons – but the benefits of getting electric aircraft off the ground make it worth the effort.

“Electric motors are quieter, and they’re more efficient, with lower hydrocarbon emissions. With batteries or hydrogen fuel cells on the vehicle, you have a zero-emission vehicle. The engine configuration itself has fewer moving parts, it’s lighter, and it’s more robust. There is a tremendous amount of room for designers to innovate in this trade space.”

Getting consumers on board

Hundreds of companies are developing eVTOL passenger aircraft, signaling market confidence in urban air mobility as the answer to affordable, fast and sustainable travel. But the level of investment won’t be sustainable unless the industry can prove to regulators that they are safe.

“It’s incredibly expensive to develop these technologies and these aircraft,” says Dietrich. “Without a clear regulatory pathway, there’s no clear way to recoup that investment. The supporting standards that are being developed are an essential part of that pathway.”

Progress will depend less on solving technological challenges than on navigating public attitudes to risk. Since her first involvement with standards for ‘flying cars’, Dietrich has been keenly aware of how these attitudes underpin regulation.

“The TransitionⓇ [Terrafugia’s roadable aircraft] was an airplane and a motor vehicle, so we had to meet the federal motor vehicle safety standards (FMVSS) as well as the Light Sport Aircraft standards. Automotive regulations assume you’re going to crash and have very specific requirements that are intended to maximize the survivability of an accident. The airplane philosophy has been much more ‘just don’t crash the plane’.”

Autonomous systems offer many safety advantages which have tremendous potential to reduce air crashes even further. But just as attitudes to risk differ between modes of transport, people may have different ideas of what levels of risk are acceptable between piloted and autonomous aircraft, Dietrich suggests:
“Are we prepared to accept that the computer might have catastrophic failures at the same rate as a human pilot currently makes fatal mistakes? Especially knowing that each specific failure can likely be mitigated and prevented from happening again? Or are we as a society going to hold these systems to a higher level that may or may not be attainable right out of the gate?”

It will be vital to answer these questions in the next five years if we don’t want to leave emerging airspace technologies grounded when R&D funding dries up.

Getting involved with the consensus standards process could be the best route to breaking the regulatory deadlock. That may mean companies need to worry less about protecting
their ‘secret sauce’ and more about securing progress from which they can all benefit. That’s already happening in ASTM’s committees, says Lyons:

“We have companies that would traditionally be thought of as competitors, or who are in a supplier and customer relationship, all working shoulder to shoulder to figure out the right set of requirements to apply to the technology that we’re bringing to market.”

This collaborative working delivers strength in numbers, a unified voice to the regulator, and ultimately the best possible defense in the event of an accident – that the technology represents agreed-upon industry best practice.

“Throughout the history of transportation, in the transition from horses to cars, from sailing ships to steam liners, from the early days of aviation to the jet age, there have been ups and downs and setbacks along the way,” says Lyons. “That’s a risk that comes with innovation, but eventually we always end up in a better, safer space than where we began. What I hope we communicate from the standards space is that the industry is working together to develop appropriate standards for this new technology that will ensure an appropriate level of rigor and gravitas is applied to the new technologies, while keeping public safety at the forefront at every new step.”