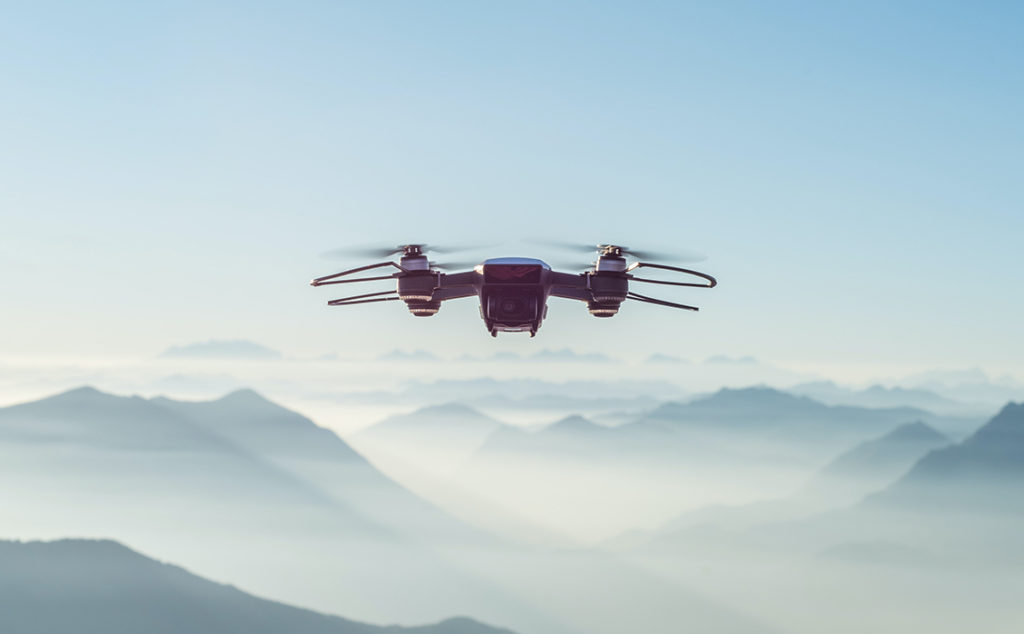 From commercial package delivery to futuristic urban air taxis, emerging airspace technologies could revolutionise many aspects of our lives. With the drones market projected to be worth over $40 billion by 2025 and a host of environmental and efficiency benefits offered by new technologies, there is no shortage of innovation. But until now, the problem of keeping busier skies safe and secure has threatened to keep many exciting developments grounded.

There are two challenges, according to Phil Kenul, chair of ASTM International’s committee on Unmanned Aircraft Systems (UAS):

“One is to satisfy regulators – who are hesitant to jump on new technology until it’s been thoroughly vetted and proven. The other is to satisfy society, because regulators are going to hear from society if people don’t feel safe with drones operating over their heads.”

In a guessing game where acceptable standards of performance and safety aren’t clear, progress and investment are stymied. But work being led by ASTM is unlocking global agreement on requirements from airworthiness to training, clearing the way for UAS services to take off.

As greater numbers and types of aircraft take to the skies, one of the first and most pressing needs is for authorities to be able to identify who is operating them. Recent incidents including sightings of a drone over London’s Gatwick airport, which closed the runways for two days during the Christmas getaway, and an attempted drone attack on a Pennsylvania power substation have brought the problem into sharper focus. So ASTM’s F3411 standard for ‘remote ID’ published in December 2019, has been welcomed by regulators and law enforcement agencies around the world.

“Remote ID is the first piece of the puzzle in identifying friend or foe,” explains Kenul. In the next two years, all new drones in the US will need to comply with the FAA’s regulatory requirement for Remote ID, and legacy machines will need to be retro-fitted with a compliant device. ASTM’s Remote ID standard has been developed closely with regulators to be an acceptable means of compliance. Under the protocol, drones must have the capability to transmit their identity and location, in a simple format that can be read by a smartphone.

“Effectively, it’s an electronic licence plate. Most authorities wanted that in place before they allowed expanded operations, particularly for smaller drones at lower altitudes, which is where most of the commercial activity is taking place. They were telling us, before we let you fly at night, or over people, or beyond visual line of sight (BVLOS), we need a way to track who that is. ”

Crucially, regulatory agencies and local authorities wanted a solution that was simple, low-cost, and didn’t require specialized equipment. The protocol uses a capability that most drones have, or which can be easily incorporated, to transmit information on a Bluetooth or a Wi-Fi frequency. Anyone with a smartphone can read the signal, meaning members of the public can access a drone’s registration or identification number and report it. It took two years to put the standard together, but now it is being adopted globally, unlocking the potential for a significant expansion of drone operations worldwide.

Managing rush hour in the sky

With many more unmanned aircraft in the skies, new systems are needed to keep aircraft safely separated. Integrating traditional airspace users with unmanned and increasingly automated aircraft calls for a sophisticated ecosystem of technology and standards that can operate across national boundaries. It’s this area of UAS traffic management (UTM) which has been a major focus for ASTM’s work. The new UTM standard was approved in December 2021 and looks set to be adopted as the global standard.

“Similar to the way legacy air traffic management systems operate, the UTM standard sets out how we’re going to manage smaller drones over lower altitudes,” Kenul says. “It covers the communication protocols between all of the groups that are going to be operating in that space.”

The UTM standard allows different groups operating drones – such as multiple commercial package delivery services – to ‘deconflict’ their drones from one another with flight plans that maintain a safe distance, and reserves airspace for drones to operate.

ASTM is also laying the groundwork for safe integration of drones with traditional airspace users by setting out performance requirements for ‘detect and avoid’ systems under the F3442 standard for performance requirements. “In traditional aviation, you have the ‘see and avoid’ concept. For a drone operating autonomously or beyond the remote pilot’s line of sight, you need a reliable automatic system to avoid hitting other drones – or more crucially – avoid hitting manned aircraft.”

Creating robust detect and avoid systems remains a significant engineering challenge, but developing standards at this early stage is enabling regulatory frameworks and technology to evolve together, avoiding future bottlenecks for technology adoption. Training standards are also being developed with an eye to the future. With a training guide for remote pilots in place, ASTM’s UAS committee is turning its attention to what will be needed for autonomous operation, anticipating training not human pilots but machines.

This willingness to work in uncharted areas turns many people’s idea of standards development on its head. Far from lagging behind technological advances, ASTM’s approach in areas like autonomous aviation is helping to bring innovations to market more quickly. Together, research and development and standards experts are identifying the gaps between idea and reality and mapping a path to commercializing emerging technologies.

It is bringing the prospect of new aviation services into focus. Phil Kenul outlines what lies ahead:

“The next big thing that’s coming up is urban air mobility, and electric vertical takeoff and landing (eVTOL) technologies. In ten years, self-driving air taxis and autonomous drones could be sharing the airspace above our cities. So we need to get ahead of the operational and infrastructure requirements that are going to make that safe.”

It’s led ASTM to develop strategic links between groups working on UAS, urban air mobility and autonomous flight, bringing on board regulators, R&D and industry leaders. In the race to meet the demand for cleaner and quieter forms of urban air travel, these collaborations will be essential for innovations to take off.

With a growing focus and commitment to strengthening emerging technologies at ASTM and exciting evolutions in the way R&D is partnering with the standards community, there are certain to be interesting developments on the industry’s radar in the year ahead.